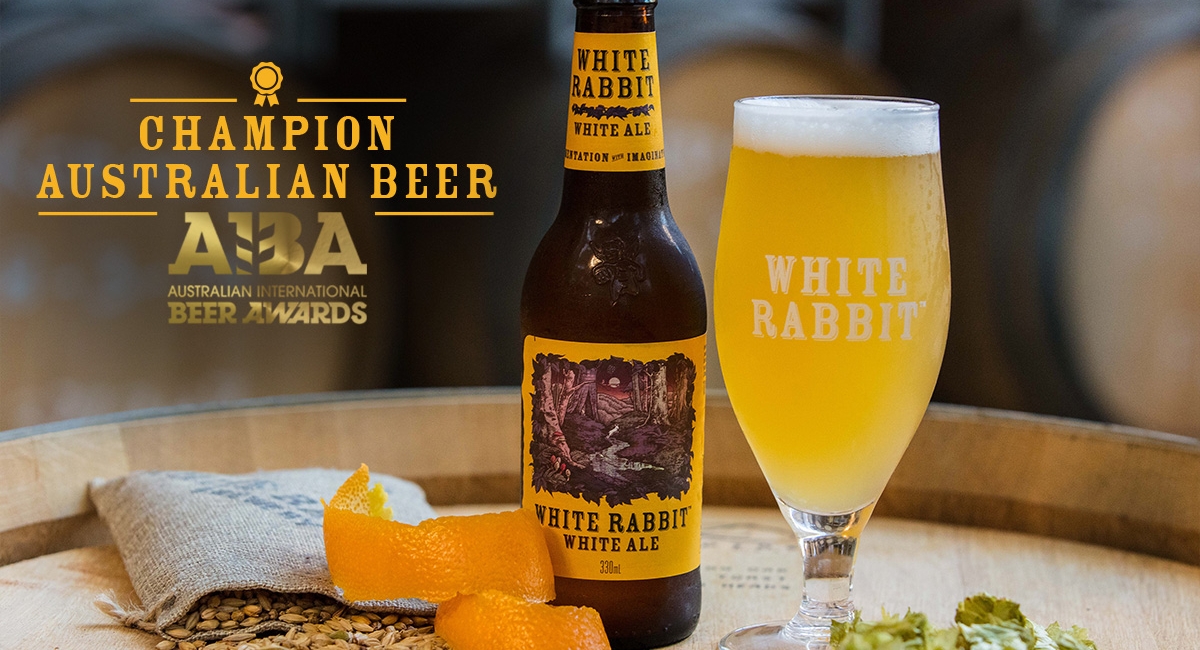 In a competition that attracts more than 1,700 entries from over 320 breweries in 36 countries, White Rabbit White Ale has been named Champion Australian Beer and Best Wheat Beer (receiving a Gold medal) at the Australian International Beer Awards.

Conducted by The Royal Agricultural Society of Victoria Limited (RASV), the Australian International Beer Awards (AIBA) is the oldest and most respected beer competition in Australia and the largest annual beer competition in the world judging both draught and packaged beer. All beers are blind taste tested from a diverse panel of experts.

With love and demand for White Rabbit beers increasing, the Brewery was relocated from its previous home in Healesville to the Little Creatures Village in Geelong 16 months ago, and now features a Barrel Hall that enables the brewing team at White Rabbit to take a modern twist on the traditional way of making beer in barrels.

Jeremy Halse, Head Brewer at White Rabbit said: “We’re really proud to have achieved this result for White Rabbit. To be named the best beer in Australia is just fantastic and only proves that we’re doing good things at our brewery in Geelong.”

Taking its cues from the Belgian brewers of old, White Rabbit White Ale is a delicate mix of experience and imagination.

Resulting coverage was syndicated nationwide across both the Fairfax and News Corp networks and included publications such as the Herald Sun, The Daily Telegraph, The Courier Mail, Sydney Morning Herald, The Age and WA Today.

For more information on White Rabbit Brewery head to: http://whiterabbitbeer.com.au/