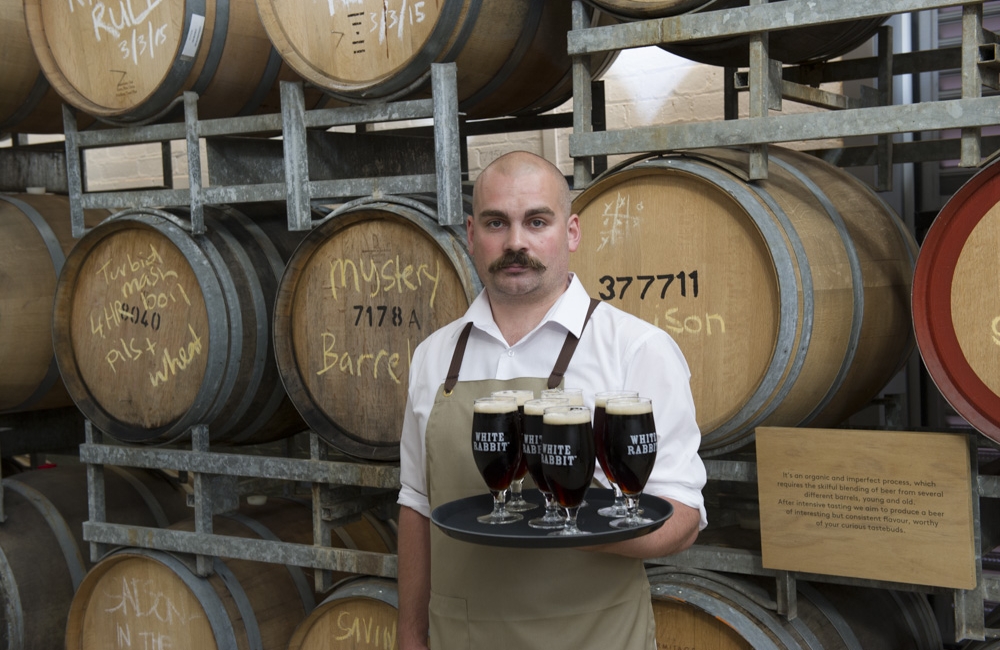 White Rabbit has officially opened the doors to its new Brewery and Barrel Hall, located in the heart of the Little Creatures Brewery Village in Geelong.

With demand for White Rabbit beers increasing and limited space available, the Brewery made the decision to pack its bags once more and relocate from its previous home in Healesville, bringing with it the original Little Creatures brewing gear. The new home now features a Barrel Hall that will enable the brewing team at White Rabbit to further explore its ethos of “Fermentation with Imagination” and introduce a range of beers made with the aid of barrel ageing and blending.

The Brewery launch was attended by over 150 guests, who enjoyed tunes from local legend DJ Vince Peach, as they mingled over great beer and food, with the fantastic backdrop of the brewery and Barrel Hall.

The White Rabbit team served up a wonderful selection of food highlighting what will be on offer – locally sourced hand cut meats, local olives, cheese, yummy sweets and of course, guests were able to taste the full range of White Rabbit beers including the new Red Ale (soon to be released) and a couple of other surprise brews only available at the brewery in Geelong. The brewery was officially opened by Jeremy Halse, Head Brewer, who ‘cracked a firkin’ at the bar.

Charmed with the perfect pairing of old-fashioned brewing practices and forward thinking, White Rabbit’s new home in Geelong showcases a new world of brewing. Be sure to check it out if you are ever in the area!