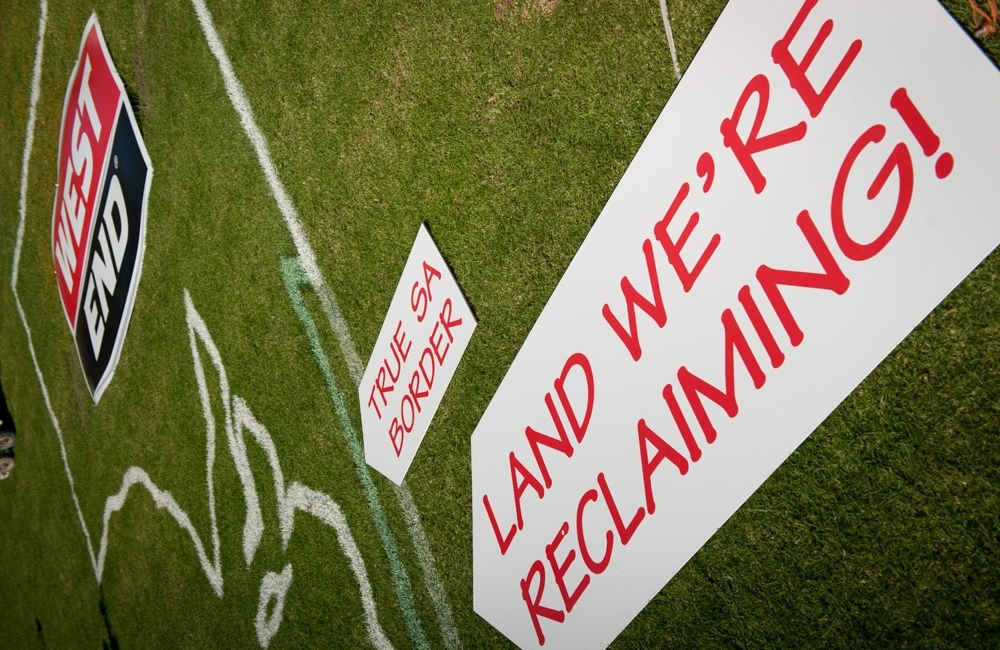 Following our launch event at the West End Brewery in May, Res Publica has spent the past few months helping West End right the wrongs of history by putting ‘The Reclaim’ into action!

The story goes that due to a border-marking blunder, 500 square miles of prime South Aussie land was lost to Victoria 160 years ago. This land became known as ‘The Disputed Country’ and was argued over for 64 years until Victoria was finally given the land legally. The border bungle essentially stranded many would-be South Australians in no-man’s land, and West End felt now was the time to make a change!

To reclaim the land, we set out to “redraw” the border at key locations in ‘The Disputed Country’. To ensure the job was done properly, we enlisted the expertise of two SA Icons – Les Burdett, ex-Curator of Adelaide Oval, who really is the best border marker around, and Adelaide Crows legend Tony Modra.

Armed with their special border marking contraption and freshly polished commemorative plaques, Tony and Les held ‘remarking ceremonies’ at two key locations – in Nelson, a Victorian (actually half South Australian) town just outside of Mount Gambier, and along the Victorian stretch of the Sturt Highway, (near Renmark). After symbolically redrawing the new border, Tony and Les shared a South Aussie lunch of choice of pie floaters and an icy cold West End Draught, in an effort to show the locals what they had been missing out on all these years!

Both South Australian and Victorian news outlets got behind the story, securing us prime real estate on the front pages of the Mount Gambier and Renmark newspapers, and some local TV attention from across the VIC border in Mildura. The boys’ escapades even made the Sunday paper in Adelaide – job well done!