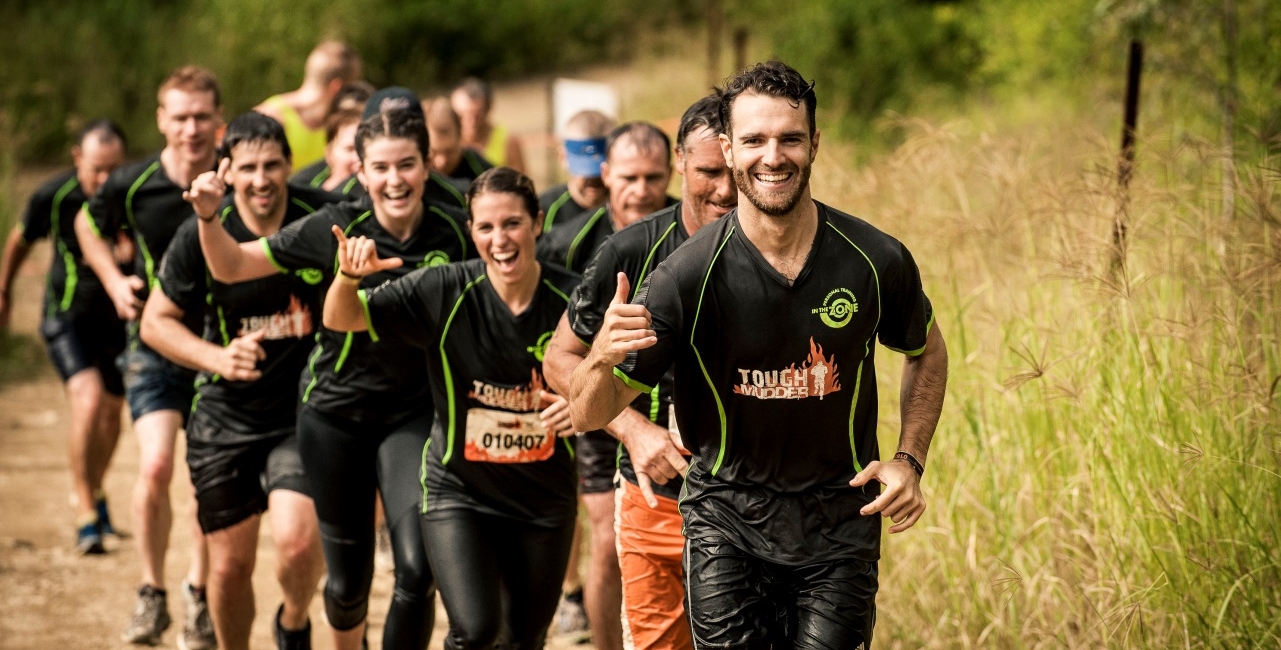 We were delighted to once again help kick off the Australian Tough Mudder season over the weekend, with more than 8500 Mudders flocking to the Sunshine Coast for a weekend of mud, sweat and beers.

Designed to test physical strength, stamina and mental grit while putting teamwork and camaraderie above all else, the event pushed eager Mudders to their limits on Saturday and Sunday in Woodfordia.

“We were thrilled to kick off the Australian Tough Mudder season over the weekend in Woodford. A bunch of new and never before seen obstacles were tested out such as KONG, which we showcased in Brisbane’s CBD a few weeks ago,” said Paul Mudge, Partnerships and Marketing Director of Tough Mudder Australia.

Other new obstacles that debuted at the event included Augustus Gloop, Funky Monkey – the Revolution, The Reach Around and Artic Enema – The Rebirth (which was dyed blue in recognition of Tough Mudder’s recent partnership announcement with beyondblue).

Another exciting change this year was the introduction of the Tough Mudder Half which had all the muddy fun of the full Tough Mudder course at half the distance and excluded ice and electricity – perhaps the most feared obstacle components in the full course.

The next Tough Mudder events taking place in 2017 will be in Melbourne (October 28 & 29) and Sydney (November 18 & 19). For more information or to register visit https://toughmudder.com.au/