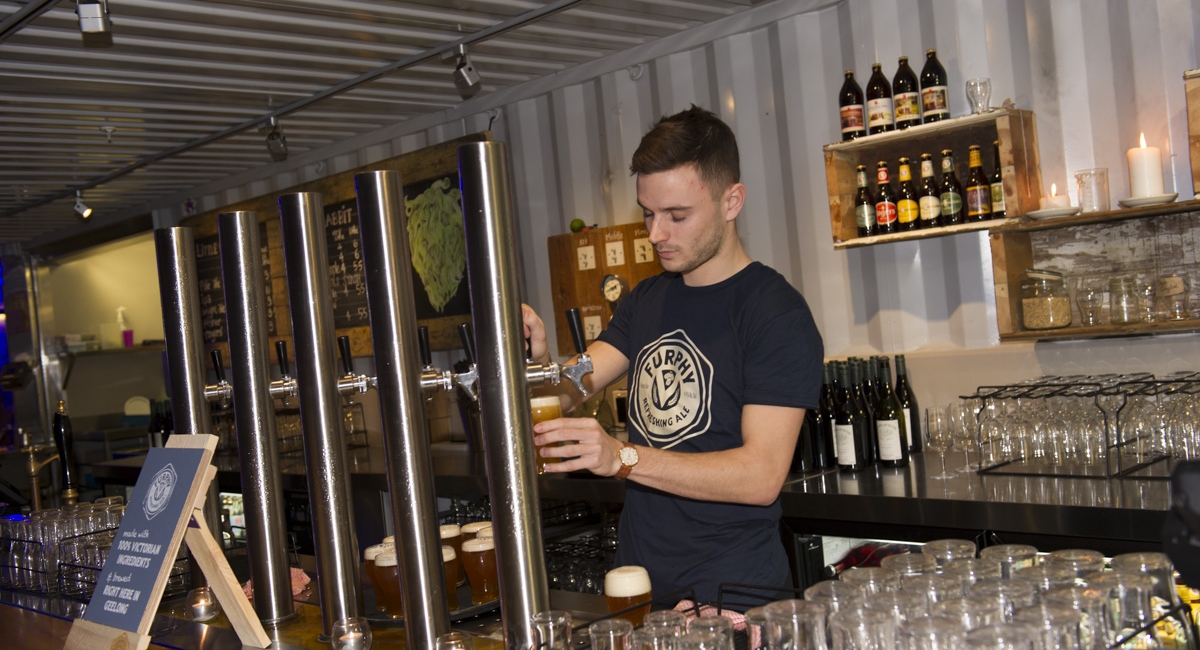 The Little Creatures Brewery was transformed in July for the launch of Furphy Refreshing Ale – a new beer made at the brewery for the people of Geelong with 100% Victorian ingredients.

Guests at the launch event were told the ‘tale of two Furphies’. During World War I, water carts branded ‘J. Furphy & Sons’ delivered fresh water supplies to army personnel. Troops would gather around the tanks to swap stories, gossip and rumours, many of which would become exaggerated to the point where they had no basis in fact. These embellished stories, became known as ‘a furphy’.

While dining on locally sourced, seasonal food, guests also heard the story behind Furphy, the beer. Initial inspiration for Furphy Refreshing Ale started with an Old style German ale which is still brewed in Cologne and called Kölsch. The end result is a clean, crisp, delicately balanced beer with subtle fruity flavours and aromas. Deep gold in colour and slightly hazy, there is a subdued maltiness balanced with subdued hop flavours which leads to a pleasantly refreshing finish.

The relationship between the two Furphys goes beyond just a name, with J. Furphy & Sons supplying the beer tanks at the Little Creatures Brewery used to brew Furphy, the beer.

Geelong was buzzing following the launch – what city wouldn’t be thrilled with having a beer to call their own? Furphy was front page news in the Geelong Advertiser and Geelong Independent. The beer was mentioned on radio, and even Geelong’s mayor, Darryn Lyons jumped on board, posting pictures of the event to his Facebook page.