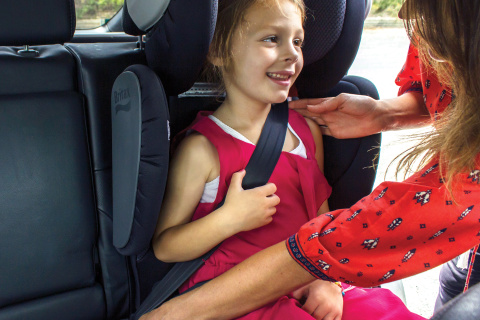 Still today, one in five people killed in car accidents are not wearing a seatbelt, yet 90 percent of cars in Australia don’t have a seatbelt alert system for the backseat. Research showed an alarming number of kids are unbuckling themselves in the backseat, without their parents knowing.

In February 2015, Res Publica helped Australian company Lockliv launch its world-first technology – buckle me up™ – a globally patented wireless seatbelt safety system that alerts drivers if a child unbuckles in the backseat, without the need to turn around and take their eyes off the road.

With a wealth of academic and government research available, we developed a media strategy that that would not only raise awareness of the product amongst our target audience of mums and carers, but would also highlight the issue of kids unbuckling their seatbelts.

Endorsement from a range of leading professionals added another layer of credibility to the research, and assisted in driving editorial coverage at launch. It was also important to get the product into the hands of key media and influencers to demonstrate how simple and efficient the product is to use and install.

Having strategically sold in the story and leveraged key spokespeople, within two months of launch, we secured 70 pieces of editorial coverage and a reach of more than 85.1 million. Coverage was 100 percent positive, with at least one key message in every piece of coverage. Furthermore over 71 percent of print and online coverage drove to bucklemeup.com, where the product is sold.